This is a story that was recently told to my 82 year old mother by relatives who are older than her, as they were convening to bury my grandmother’s first cousin who recently passed.

It is about my maternal great, great, great grandmother who contributed 1/32 of my genes, and 1/64 of my children genes. 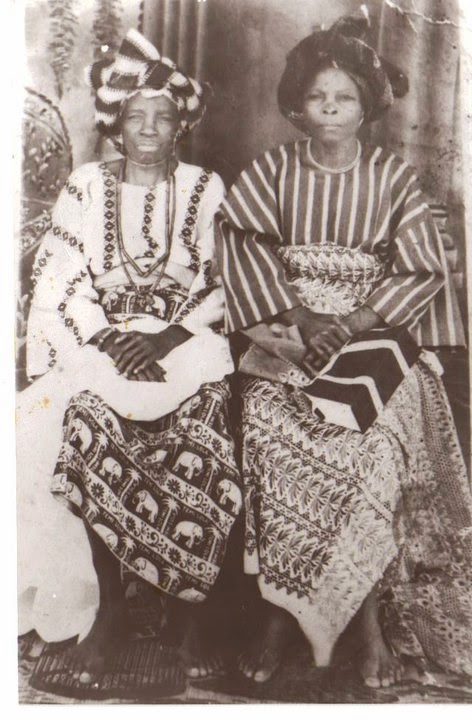 Here is the story:

Once upon a time, that time being someplace in the mid-1800s, in the town Ado-Ekiti in Ekiti State, Nigerian.

This was a time of simplicity and innocence, that if for example you were a trader who sold bags of potato at one dollar per bag, and you had 20 bags to sell, you would display your ware in front of your house, like by your mailbox, return to your house to take care of other businesses like sweeping, washing, cooking or what have you. You would leave a dollar by the potatoes so that anyone who wanted to buy from you would know that it’s a dollar a bag, they would pick a bag and leave a dollar behind. At the end of the day, you would go there and collect your $20.00 or less and the remaining bags of potatoes. This practice was all but gone by the time I was a little girl but there was a vestige of it that I remember in the late 1960s, and early 1970s, and that is, you could still leave those bags of potatoes out there but you wouldn’t leave any money. If someone wanted to buy from you, on arriving there would yell for you with, “I will like to buy a bag of potatoes,” and you would rush out from whatever you were doing, wiping your hands on your apron to attend to them. No one would steal those bags of potatoes, even though they were unattended.

Back to the story of this ancestor, she was the daughter of a very wealthy man and married to the heir to the throne of Ado-Ekiti. They were very happy together and loved one another deeply. They had a lot going for them, they were wealthy and in time the heir became the king and she the queen. But there was one cloud over them, they were childless. They waited many years but no child was born to them. The woman whom I will call Queen did what childless women of the time did; she found a wife for her husband so there would be children born into the family. The wife had many children, and still, Queen didn’t have any. She found a second wife for her husband and the second wife had many children while she remained childless.

The king and the queen were very unhappy, he wanted to give her children and she wanted to assert her identity as a mother, so they sought help from many traditional healers. The best in the land advised them to return home and continue to enjoy the love that they had for one another as well their wealth and claim to the land as the rulers, but that they would never have children together. They both bucked at this and insisted that there had to be a way.

The only way, the traditional healer then told them was that the Queen had to give up all her wealth and her right to the throne as queen, leave Ado-Ekiti and start to walk west, there were no automobiles at the time and everyone walked or rode horses/donkeys everywhere. She would arrive at a river and in the river would be a man bathing, that man is her husband and the man that would give her children.

Queen, desperate to become a mother agreed. She and the king returned home and bade each other goodbye; she gave up all of her wealth and embarked on this trekking westward. In due time, she arrived at a river and indeed there was a man bathing there. She hid in the brushes and waited. He finished bathing, got out of the river, into his clothes and set off towards his home. She followed him at a distance. She arrived at a fork in the road, and didn’t know which way he went. She first went one way, it led deep into the forest; she retraced her steps and followed the other fork in the road and arrived at a village.

She walked around the village and saw the man disappear into his family estate. He was the lesser king of two villages that made up Oye-Ekiti and were connected together by some history.

She waited on the outside of the compound that housed the palace of this lesser king and spent the night there. In the morning, when the household awoke, the women of the house saw her there and greeted her as they started on their way to the river to fetch water for the day with their clay pots on their heads. She joined them and fetched water with them. They returned together, they prepared breakfast and offered her food and she ate. This went on for many days and the women of the house, the wives of this lesser king eventually told their husband about this strange woman. The lesser king invited her in and asked her what she needed. She told him that he was to be her husband and the man to give her children.

They got married and she gave birth to only one child, a daughter.

She never returned to her first husband the king of Ado-Ekiti.

The one daughter in turn gave birth to 4 daughters. These were my great-grandmother and her sisters, who were my grandmother’s aunts.

My great grandmother Adesoro died in 1958, four years before I was born.

Her sister Fagbola, known to us as Mama Coca-Cola (she lived close to the Coca-Cola manufacturing company in Ibadan) died in my late teens.

Another sister, we knew peripherally, and her name was Alhaja (she converted to Islam), and the fourth one, my older sister Ronke told me a story about her, and I am sure I must have met her. The story is that she sustained a hip fracture at some point and was bed-ridden because doctors told her they couldn’t help her. On a trip to Oye-Ekiti from Ibadan (with our grandmother Adelubi), Ronke remembered that she was bedridden because of this. But the following year, on another trip to Oye-Ekiti, when they arrived, she was busy pounding yam in a mortar with a pestle.

Adesoro, my great-grandmother gave birth to lots of children, by two brothers. The older brother died after she had had four children for him and then the younger brother inherited her and they had many children together, I think they were about eight or nine children in all, and my grandmother Adelubi was the second oldest.

Adelubi in turn had 6 living children and my mother, Adebimpe is the oldest.

Adebimpe had 6 children and my twin and I are the 3rd and 4th.

This woman who earned the right to be called Queen, she was married to two kings, one big and one lesser, but her queenly dignity lie more in the fact that she fought to give birth to her own children, sacrificing the deep love of her first husband, and great personal wealth, and she is the reason I am here today in this form.

Which makes me wonder, how many things had to be right, the vagaries of love, how many fights, anxieties, jealousies, rivalries, fears of not being attractive enough, rejections endured, hearts broken and etc. that your ancestors had to brave in different formulae and equations before you are able to arrive here on earth, and like Rainer Maria Rilke said in the Letters to a Young Poet: “The thought of being a creator, of procreating, of making” is nothing without its continuous great confirmation and realization in the world, nothing without the thousand fold concordance from things and animals –and enjoyment of it is so indescribably beautiful and rich only because it is full of inherited memories of the begetting and the bearing of millions. In one creative thought a thousand forgotten nights of love revive, filling it with sublimity and exaltation.”

The Queen gave me 1/32 of my genetic makeup, and so this is the story of 1/32 of what made me who I am today, what about the each and unique stories of the other 31?

Feasts of Phantoms a novel by Kehinde Adeola Ayeni -- ISBN 978-0981393926 Available at your local bookstore, a host of online booksellers and directly from Genoa House.
Posted by Kehinde Ayeni at 11:23 AM