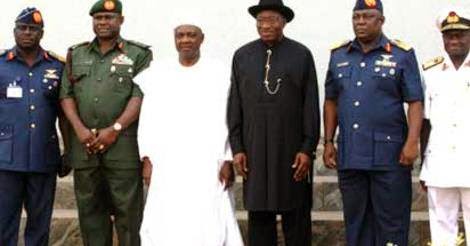 The defense continues to take the lion share of the budget but domestic terrorism has been given free reign and endorsement by the military and the police, from armed robbers constantly attacking and killing people in their beds and homes, and on the roads, to now out of control killings and abduction of people en masse. In Nigeria, you are allowed to kill in the name of whichever god you chose, and it is acceptable.

Nigerians have always prided themselves on their adaptability, ‘Suffering and Smiling’ is one of our saying, but are these things to adapt to? We need to replace that phrase with some serious expletives like WTF--yeah What the fuck!!!!!

Every Nigerian has always known the above, but we have individually condoned it by using one psychological defense or the other to hide these truths from ourselves, I understand, because these things can be too overwhelming to take in at once.

In the past, I have told stories of our experiences in Nigeria to people in the books I wrote, foreigners had thought it to be fiction, while some Nigerians, knowing it to be the truth had been angry with me for exposing the truth, they had accused me of being shameless in the way that I talked about my country, and that I was washing our dirty linen in public. Well our stinking linen(s) are out there now for the whole world to see!

We are about the most religious people in the world but all the devils of hell are now in the country.

An average citizen is so traumatized and feels so totally helpless that everyone runs to church and mosque (every other building is now a church or a mosque) to pray, and most of us have become religious fanatics. But sadly, religion used in that manner simply hypnotizes a person and makes him or her less able to act effectively in his or her own behalf, it acts as a drug and numbs a person.

I respect the religious belief that someone has chosen for themselves because it is an expression of their soul, but maybe we need to pray less and act more.

There are some things that are simply not acceptable and that one should not adapt to at all.

What we have in Nigeria as government, to bring it home to us, it is like having a mother and a father who are constantly beating up their children, not feeding them, not giving them medical care, raping them and as soon as they have new babies sell the older ones into slavery. We need to stop running away from this truth. We need to raise the bar of our expectations of the people in our government.

It is not just our right as citizens to demand accountability of our government, it is our individual responsibility and obligation, and when we fail to do so, we have failed ourselves and our country and we are as culpable as the people in our government.

What are the roots that clutch, what branches grow
Out of this stony rubbish? Son of man,
You cannot say, or guess, for you know only
A heap of broken images, where the sun beats,
And the dead tree gives no shelter, the cricket no relief,
And the dry stone no sound of water. Only
There is shadow under this red rock,
(Come in under the shadow of this red rock),
And I will show you something different from either
Your shadow at morning striding behind you
Or your shadow at evening rising to meet you;
I will show you fear in a handful of dust.

Here is no water but only rock
Rock and no water and the sandy road
The road winding above among the mountains
Which are mountains of rock without water
If there were water we should stop and drink
Amongst the rock one cannot stop or think
Sweat is dry and feet are in the sand
If there were only water amongst the rock
Dead mountain mouth of carious teeth that cannot spit
Here one can neither stand nor lie nor sit
There is not even silence in the mountains
But dry sterile thunder without rain
There is not even solitude in the mountains
But red sullen faces sneer and snarl
From doors of mud-cracked houses
If there were water….